As part of a road reconstruction project, the City of Waterloo has turned one of its streets into a woonerf, also known as a living street.

A section of Larch Street between Balsam and Hickory Streets had exceeded its expected life and was considerably degraded. In 2020, the City reconstructed 165 metres of the two-lane street, including the replacement of water, stormwater and sanitary sewer services, and installation of curbs, sidewalks and buried hydro.

Larch Street is a high traffic pedestrian area, as it’s located near schools and a university campus. The woonerf design is meant to slow vehicular traffic and prioritize the flow of pedestrian and cyclist traffic. In this way, the street has a “living” design that makes it more walkable and accessible and provides right of way to pedestrians rather than cars.

The decision to make Larch Street a woonerf style was made through the City’s Northdale Master Plan, which looked at the street, along with many others in the area, for a comprehensive and cohesive neighbourhood design.

Larch Street was identified in the plan as being high priority for transition to the woonerf design.

The finished product is an inviting and aesthetically beautiful streetscape in Waterloo’s downtown. 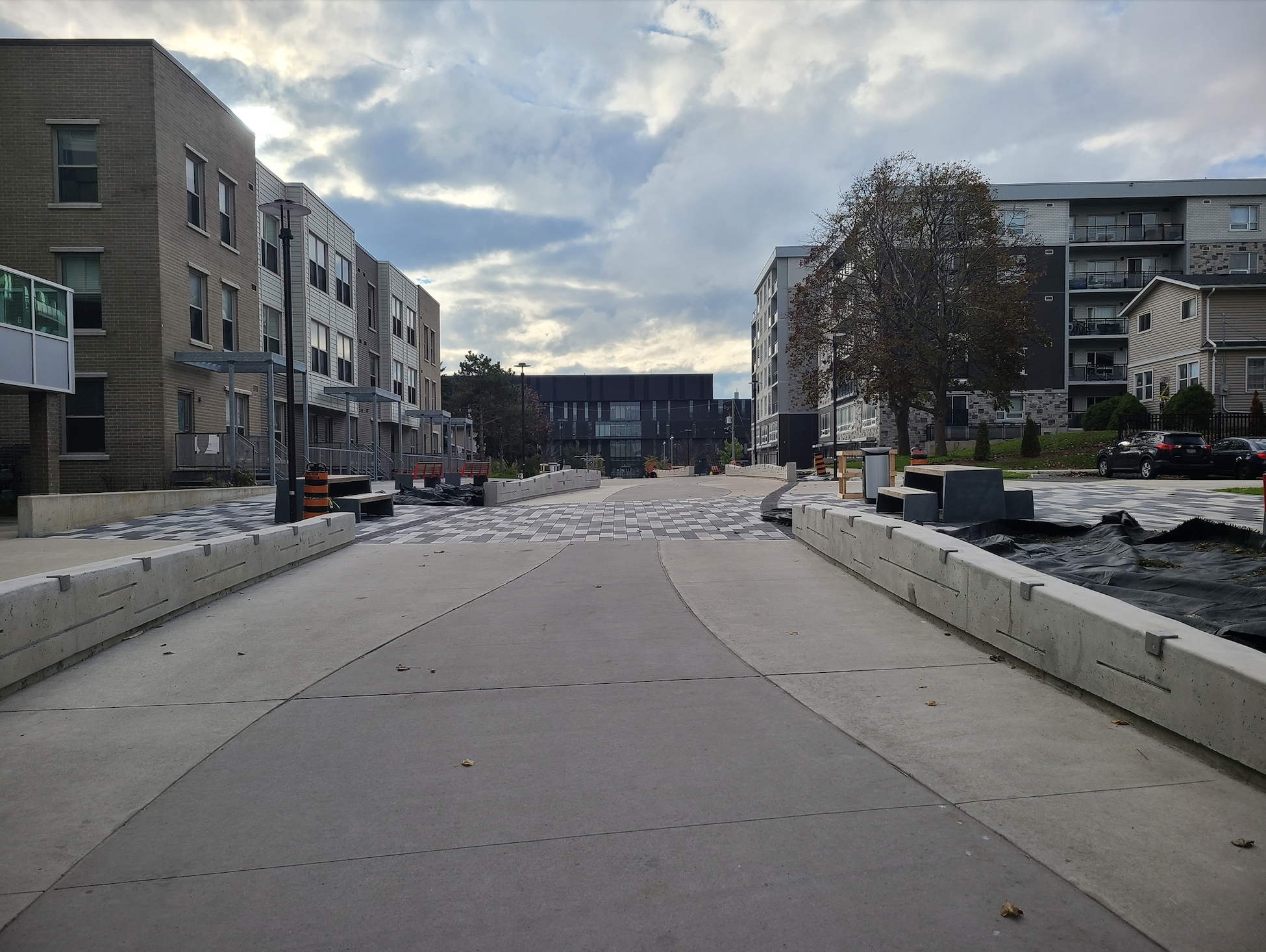