The City of Richmond Hill is investing in keeping its community clean and waste-free.

Using investments from the Canada Community-Building Fund, Richmond Hill installed recycling receptacles throughout the community to help divert waste from the landfill and encourage proper disposal of recyclables.

Last year, the City investigated the feasibility of implementing both recycling and organics waste bins through a pilot project. While they found organic waste didn’t work well, the uptake on recycling was positive, especially in containers placed near sports fields. Based on results from the pilot project, Richmond Hill was able to strategically place permanent bins in areas where they saw the most usage.

In total, 244 two-stream containers were installed, with 24 in the downtown core and 220 in Richmond Hill’s various parks.

The addition of these bins has contributed to a decrease in littering, and provided visitors to the area the ability to participate in waste diversion. According to staff, although some contamination does happen in the bins, it’s minimal and is the typical amount of contamination seen in public waste receptacles.

The municipality says feedback from residents indicates they are pleased to see Richmond Hill making an effort to reduce its environmental footprint. 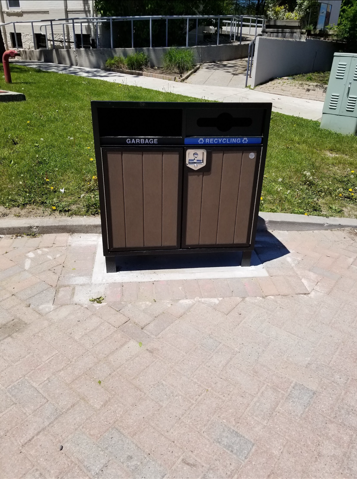