Canada Community-Building Fund investments have helped the City of Markham make necessary upgrades to its storm and sanitary sewer system in the neighbourhood of West Thornhill.

Markham’s work on this project has been extensive, spanning more than a decade and expected to conclude by 2027. The scope of the project includes upgrading more than 16,000 metres of underground storm sewer infrastructure, carried out in four main phases and 14 sub-phases (individual projects), funded in-part by the CCBF.

The sewer system in West Thornhill was originally constructed in 1960s. Although the concrete pipe system was determined to be in good shape, it was undersized for the required capacity.

Due to, an extreme weather event in 2005, several homes in the West Thornhill area were flooded due to lack of storm sewer capacity, prompting the City to start planning and implementing upgrades to the existing storm sewer system.

With these upgrades, the likelihood of flooding in the neighbourhood will be greatly diminished. Services for individual homes are also being upgraded to PVC piping, replacing clay pipes that are prone to root infiltration that often contributes to sewer backups.

Along with this critical infrastructure work, the associated roadways are being completely reconstructed, including road base and new curbs, bringing an anticipated 20-year life cycle to surface assets without any major maintenance required. 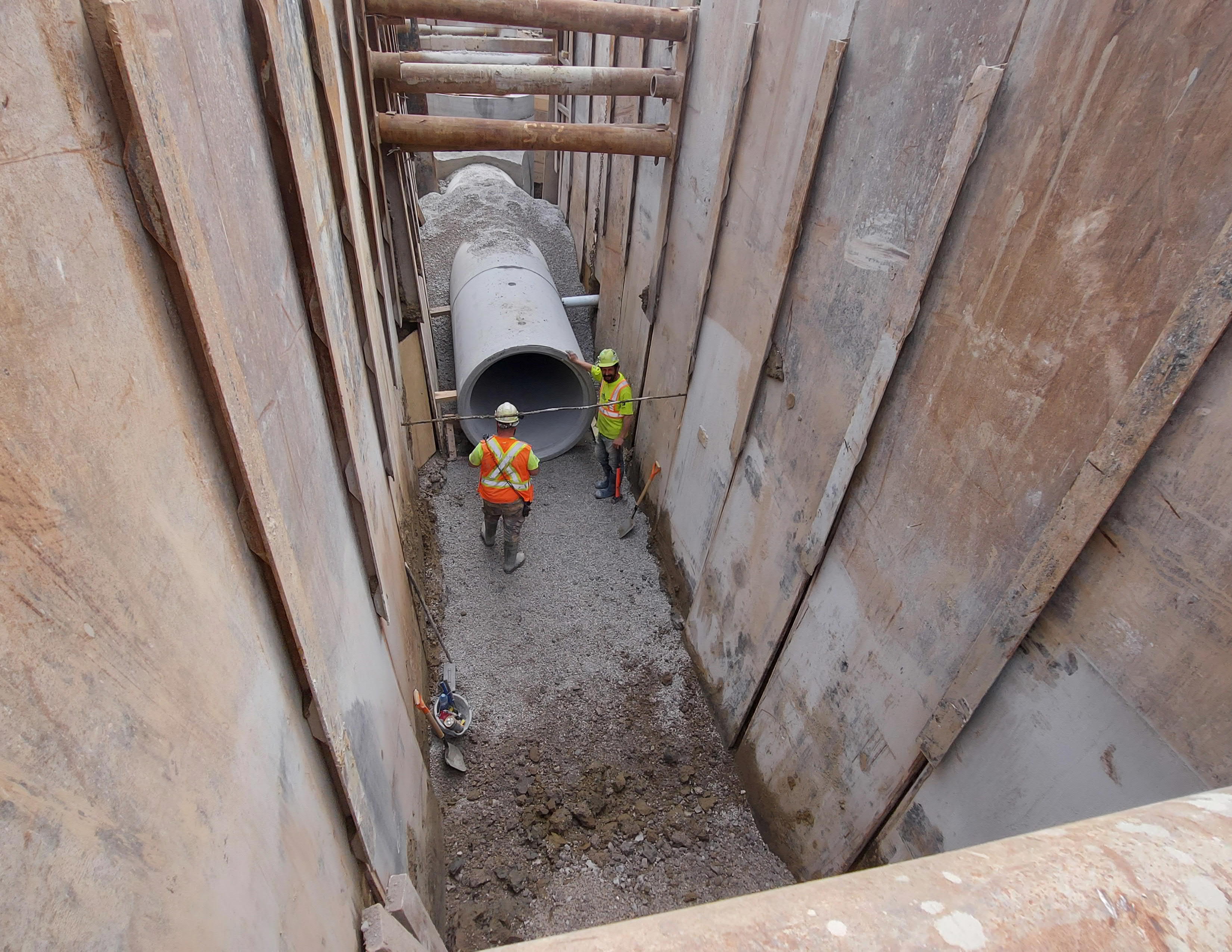