Dryden’s Regional Airport is looking bright and fresh thanks to investments from the Canada Community-Building Fund.

Dryden’s airport was built in 1969 through a partnership between the City of Dryden and Transport Canada. In 1996, full ownership of the airport was transferred over to Dryden. It’s located 10 kilometres north of the City along the TransCanada Highway at the midpoint between Winnipeg and Thunder Bay.

The Airport serves as a hub for regional air passenger/charter services and is also the home of Northern Youth Programs, Mag Aerospace, and the Ontario Ministry of Natural Resources and Forestry's Fire Management Centre.

When the terminal building was constructed in 1984, red carpeting was installed. Over time, the carpet continued to wear to the point of being a health and safety issue, and was impacting the aesthetics of the building.

Flooring upgrades improve safe access to the terminal building, reduce ongoing maintenance costs, and result in non-slip flooring that is easy to clean and maintain. Lighting fixtures were also upgraded to LED as part of this project. 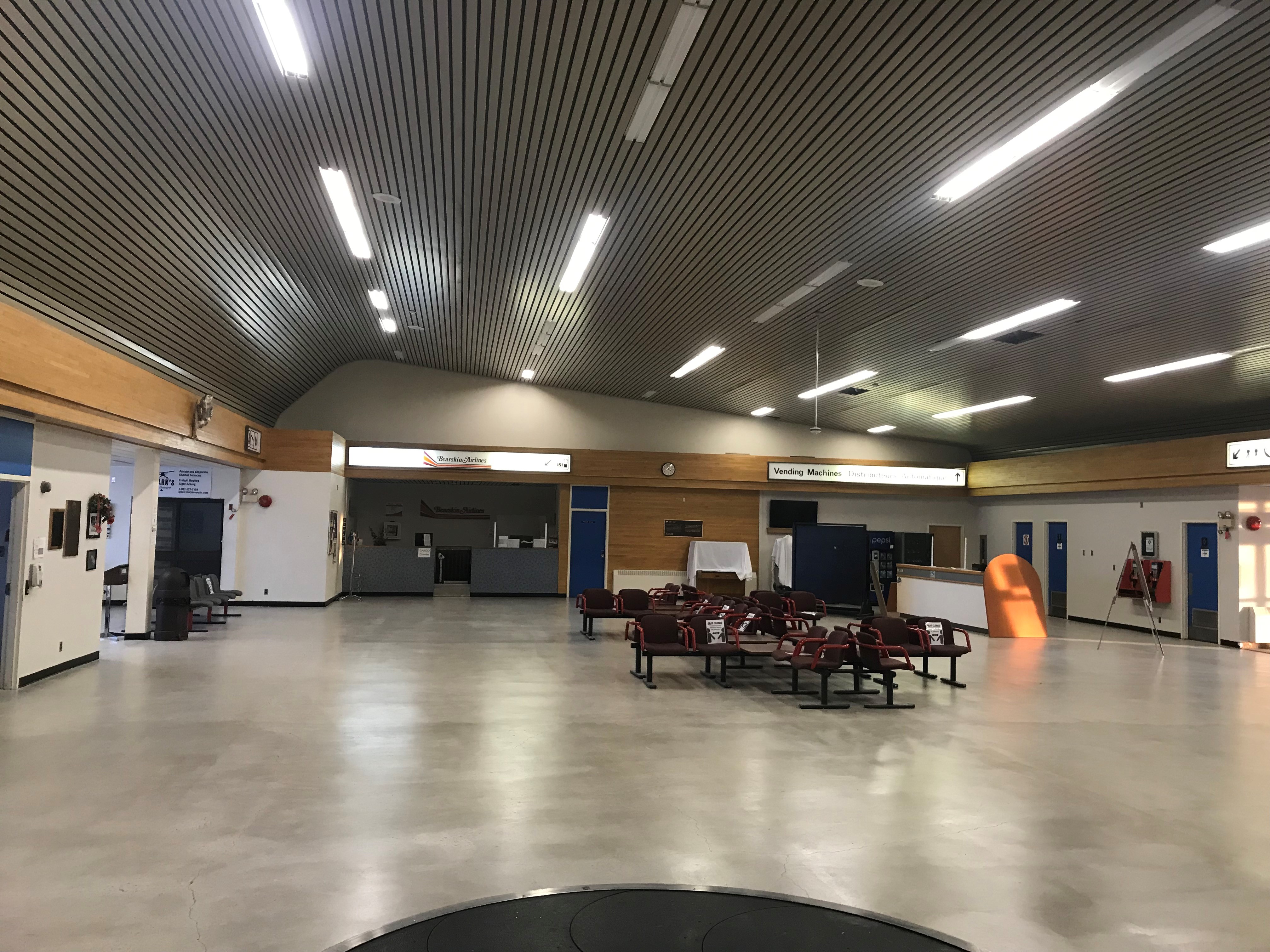