Region of Waterloo, ON – On April 21, the Region of Waterloo International Airport (YKF) officially opened a new domestic arrivals building. The building is one piece of the airport’s $35 million Airport Terminal Expansion Project currently underway.

“Airports play a vital role in the prosperity of communities by connecting people and businesses with the world,” said Tim Louis, Member of Parliament for Kitchener–Conestoga, on behalf of the Honourable Dominic LeBlanc, Minister of Intergovernmental Affairs, Infrastructure and Communities. “An expanded domestic air terminal will help the airport to comfortably and reliably accommodate the increasing number of travelers arriving to and departing from the Region of Waterloo. Our Government’s investment will help to sustain a dynamic local economy, create jobs and ensure the region remains a great place to live and work.”

In 2022, more than 700,000 passengers are expected to travel through YKF. The new domestic arrivals building is the first step in improving the passenger experience. The expanded facility enables the airport to handle three Boeing 737 aircrafts at one time - two domestic and one international arrival. The building is another step toward the airport managing the increased passenger volumes created by Flair Airlines. This June, Flair will expand non-stop service to 12 destinations from YKF, adding Charlottetown, P.E.I, Saint John, N.B. and Deer Lake, N.L.

“The Region of Waterloo International Airport continues to drive growth, talent attraction and investment throughout our community. As a result of the Airport Master Plan adopted by Council in 2017 and Flair Airlines’ increased service, the airport is expanding and has added over 500 jobs,” said Karen Redman, Chair of the Region of Waterloo. “We are excited to celebrate the opening of our new domestic arrivals building, the first of many milestones to come.”

The expansion is part of YKF’s 20-year Airport Master Plan which was approved by Regional Council in 2017. The $375 million plan consists of five development stages. Each is triggered by a pre-set annual passenger volume. Upon approval, planning began to accommodate 500,000 passengers a year.

“YKF is one of Flair’s largest Canadian bases. We are excited about our important partnership with the airport and our expanded summer schedule,” said Garth Lund, Chief Commercial Officer, Flair Airlines. “This facility will allow our guests to collect their bags faster and spend more time with their friends and family. We look forward to welcoming even more passengers to Kitchener-Waterloo as the airport grows.”

The Government of Canada invested $8.1 million towards this project through the Canada Community-Building Fund (CCBF). CCBF provides permanent, stable funding for municipal infrastructure across Ontario, supporting local projects that have a direct community benefit. The fund is delivered annually by the Association of Municipalities of Ontario to all municipalities excluding the City of Toronto. The Region of Waterloo has leveraged $208.7 million in CCBF funding since the fund was established in 2005 and its most recent project is the largest investment to date under the Regional Airports category.

In July 2022, phase two of construction will begin to reconfigure the existing terminal building and enhance the passenger experience. Self-service kiosks and common use airline counters will improve check-in. A third security line will speed passenger screening. A new baggage system, with a self-service bag drop and expanded sort area, will streamline baggage handling. The current anticipated completion date is spring 2023. 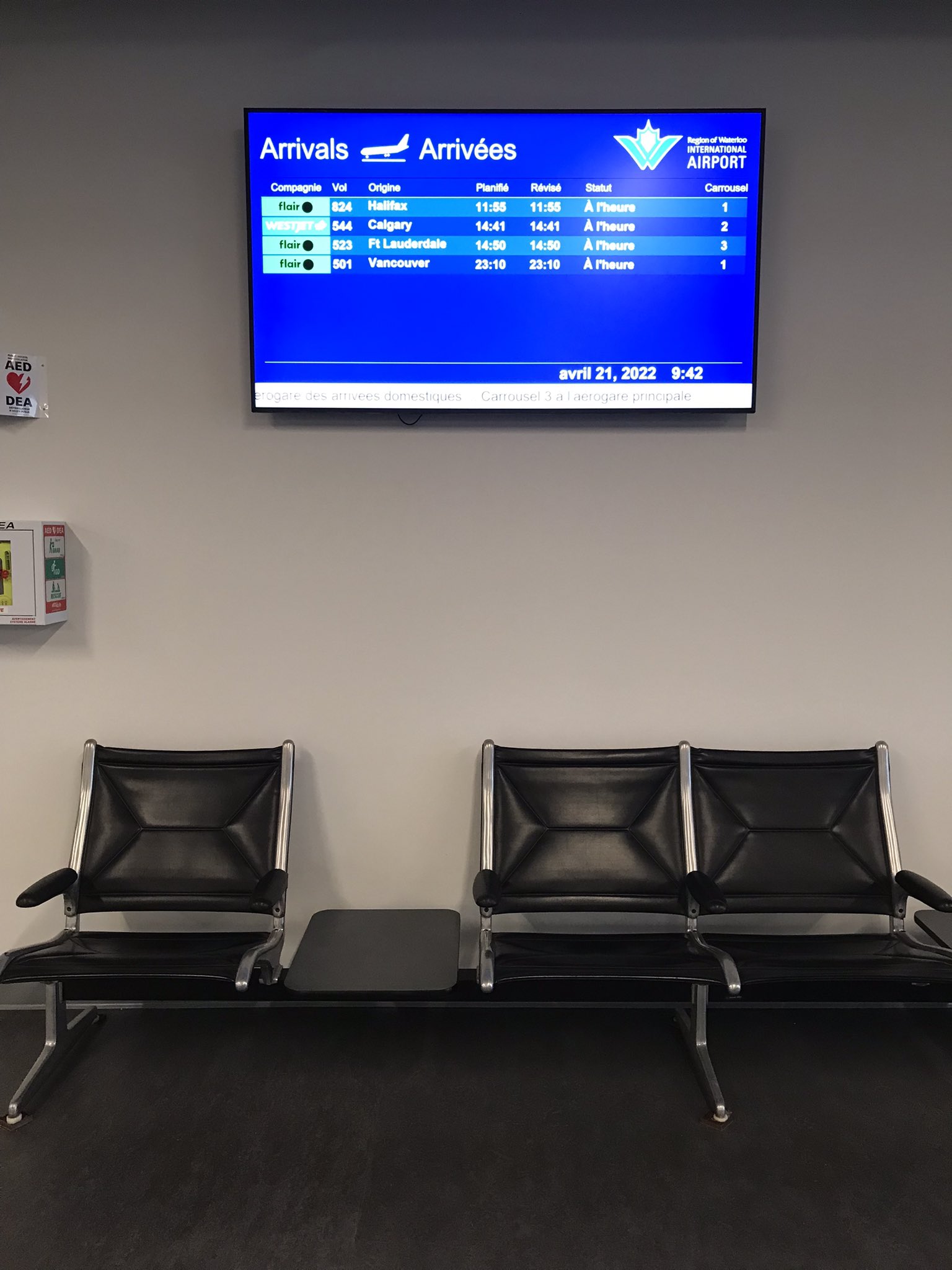