Mississauga is investing in the future of its transit system through a community energy project supported by the Canada Community-Building Fund.

A large-scale solar photovoltaic (PV) system will be installed on the roof of Mississauga’s central transit station and is expected to generate approximately 1,200 MWh annually. This is equivalent to taking 30 gasoline cars off the road, or powering 18 homes for an entire year.

By using City-owned roof space to generate clean energy for its municipal buildings, Mississauga is reducing its dependence on the electricity grid, and expects to see a return on its investment within 11.4 years.

The benefits of this project are two-fold. Aside from reducing reliance on the grid, Mississauga is also working toward converting some of its public transit vehicles to battery electric buses (BEBs).

The City’s Climate Change Action Plan lays the foundation for future electrification of transit. The solar installation at the central transit station has the potential to charge six MiWay BEBs annually. The project is part of a larger goal for the City to achieve targets laid out in the plan.

As part of the action plan, City staff are currently studying the impact of a pilot project that would see 24 BEBs at the central transit station, along with the required facility modifications and operational changes to accommodate the buses. Already having the solar panels on-site will reduce the number of anticipated upgrades needed, and lower the associated costs.

Mississauga is still in the early planning stages of this project, but is anticipating its completion in 2023. 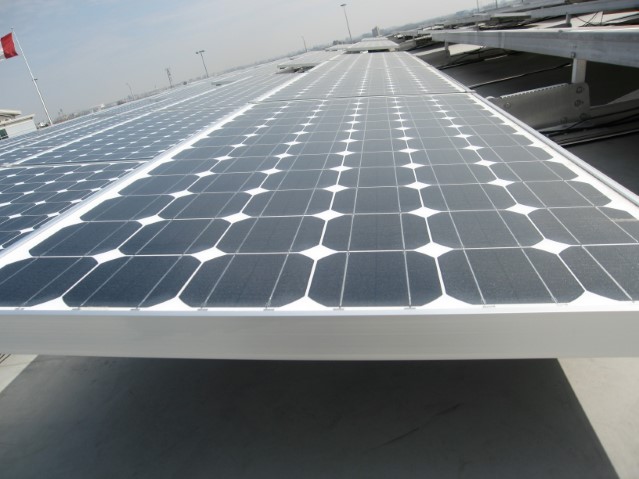