Windsor's Historic Streetcar No. 351 Given a New Life

Back in 1886, the City of Windsor was a transportation marvel. It was the first city in Canada to introduce electric street cars, a mode of transportation that would serve passengers for more than four decades on 220 trollies throughout the city.

Now, the City is investing the Canada Community-Building Fund into the restoration and display of one of these historic street cars.

Early in the 20th century, around 1927, S. W. & A Railway (Sandwich, Windsor and Amherstburg) purchased 20 streetcars to add to the fleet. Streetcar No. 351 was a model built in 1918 in Ohio, weighing in at more than 24,000 pounds and 50 feet long. It was contemporary for its time, one of only four streetcars that had a smoking compartment for travellers. Upon its arrival in Windsor, it was put immediately into service on the suburban line, which stretched from Windsor to Amherstburg.

As time wore on and transportation technology advanced, streetcars fell out of favour. In the late 1930s, Windsor sold off its fleet of streetcars for $100 each. No. 351 was turned into a bait and tackle shop, and later transported to Belle River, where it was made into a home.

Nearly a century after it was built, streetcar No. 351 was acquired by the City of Windsor. It's one of only three known street cars left in existence from the fleet. After years of careful restoration, public consultation and information sessions, the City has settled on a final resting place for the street car, where visitors can learn about its fascinating history.

No. 351 will be on display in a dedicated building along Windsor’s waterfront. The area includes six kilometres of green space, cycling and walking paths, site-seeing areas, a historic railway tunnel and original railway station tower entrance. It will be the third of five destinations and landmarks along the Detroit River, incorporated into a larger project celebrating Windsor’s historic railway line. 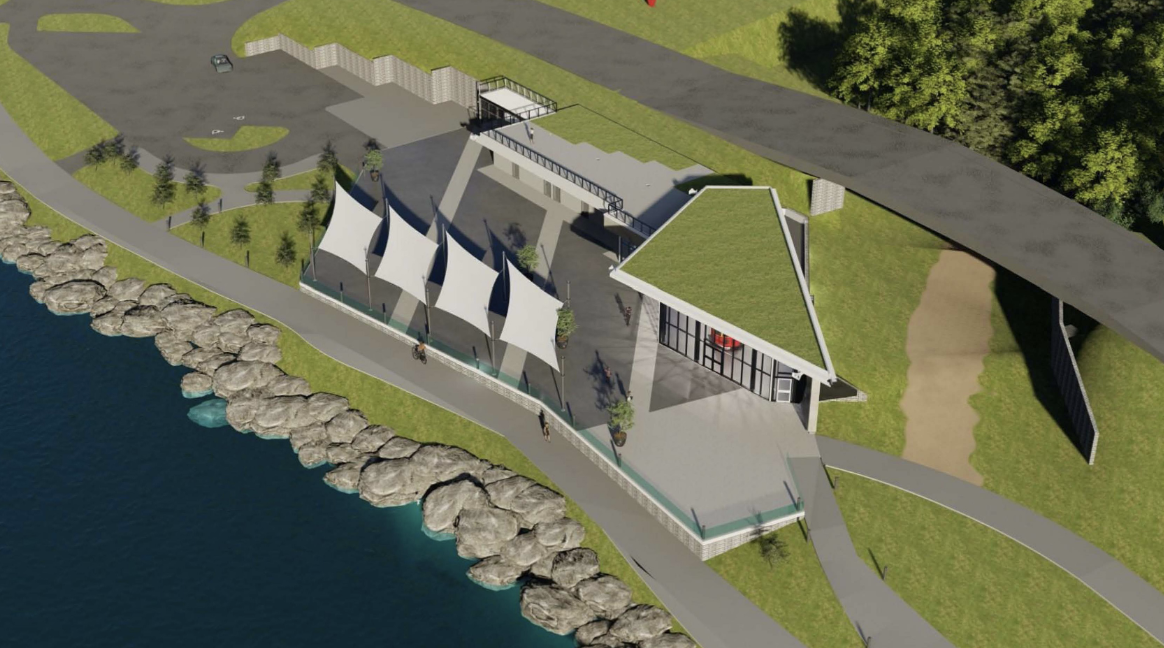